Hands That Feed is a documentary film exploring the agricultural collapse in Haiti, its role in the post-earthquake food crisis, and the emerging grassroots development models that seek to restore Haiti's food supply and environment.

If you'd like to understand how your donation will make an impact, here's what the film's Producer has to say:
Why? Because the future of Haiti is still to-be-determined, and billions of dollars of promised funds are yet to be allocated.  YOU can decide how that money is used.  Hands That Feed is a leveraged investment in using media to influence the course of the massive, tax-funded international aid industry toward sustainable agriculture, self-reliance, and ecologically sound rural development.
More Why? Remember in 2007, when food prices spiked, and there were 60 demonstrations and riots around the world, and one government fell? We are heading into a very unstable global situation as the population rockets toward 9 billion, urban centers mushroom, and regional food systems collapse.  This is a simple assessment of the facts.  Haiti was an extreme test-case of these failures right in our backyard.  We need to learn now how to do things better, or else, like it or not, we'll be watching the same footage on repeat as we spend billions to prop up more and more failed states.
Thank you,
Josh
"It was a mistake. I have to live everyday with the consequences of the loss of capacity to produce a rice crop in Haiti. The country has the best chance in my lifetime to achieve this objective: to build a modern self-sustaining state. But what it means is that we have to think about our roles in a different way, and how we will play them in this reconstruction process.”
- Bill Clinton testifying to the Senate Foreign Relations Committee on March 10, 2010.
Posted by Liz at 3:15 PM No comments: Links to this post

dragon in the sky

I went outside into the garden at dusk to water the plants and hang out in the garden a couple nights ago. What I thought were giant hummingbirds immediately started buzzing past my head. I sat on the porch and watched 5 of the biggest dragonflies I have ever seen fly around the yard for a good 25 minutes. They were still spiraling around when I went in to start dinner. There were some fireflies and a bright red cardinal hanging with us for a bit... who would guess this is Crown Heights Brooklyn? Loving nature in the city.
Posted by Liz at 12:00 PM No comments: Links to this post 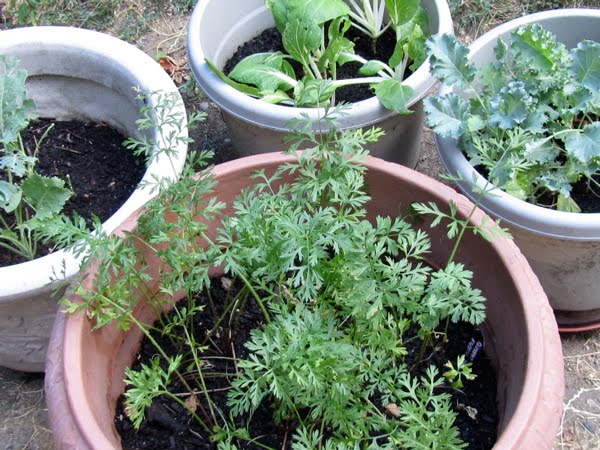 Progress is being made, even though I thought I lost the bok choy, collards and kale, all are coming back nicely!
Posted by Liz at 7:00 AM No comments: Links to this post 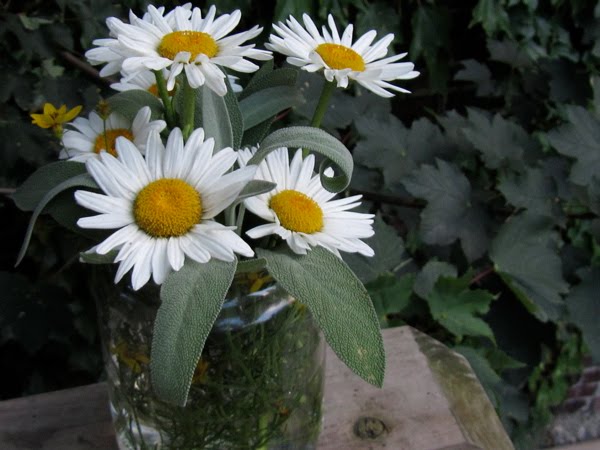 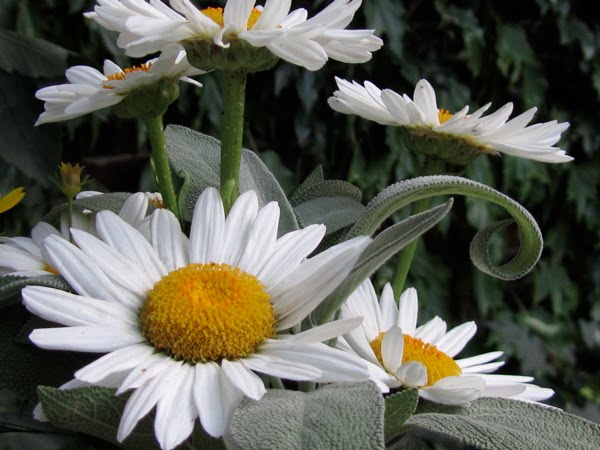 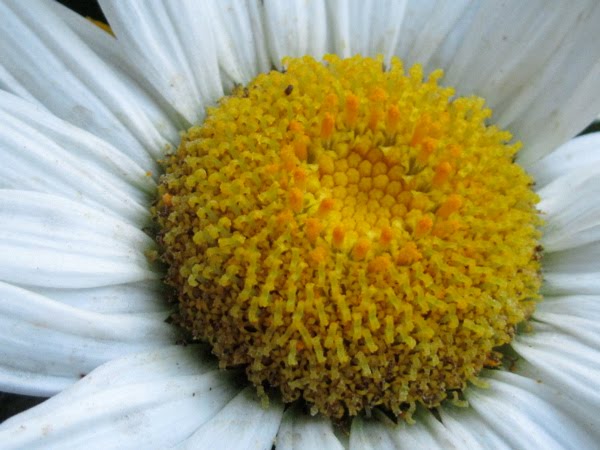 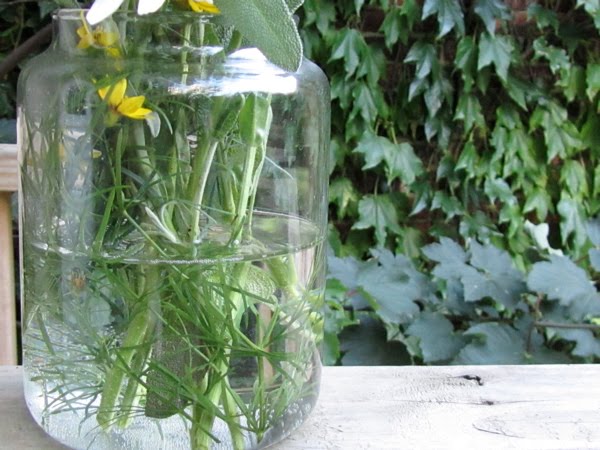 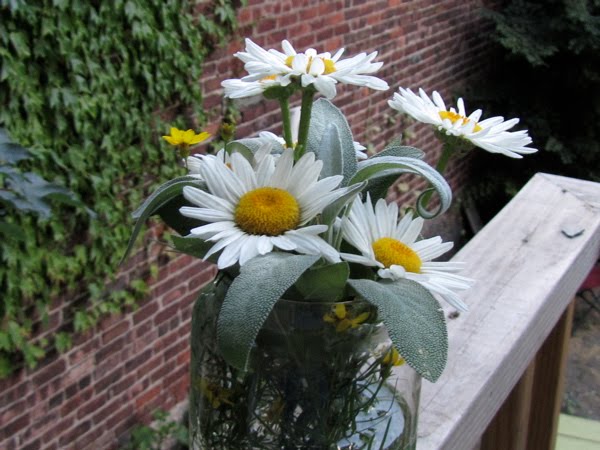 I made this little bouquet last week when I needed to keep the bad energy out of the house.  Also, these daisies and little yellow flowers are the only flowering plants I have in the yard. It's pretty and fragrant. Plus, I can dry the sage and burn it to stave off bad vibes.
Posted by Liz at 11:12 PM No comments: Links to this post 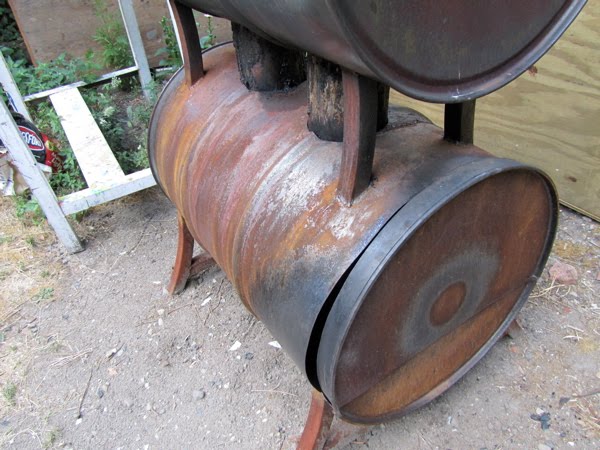 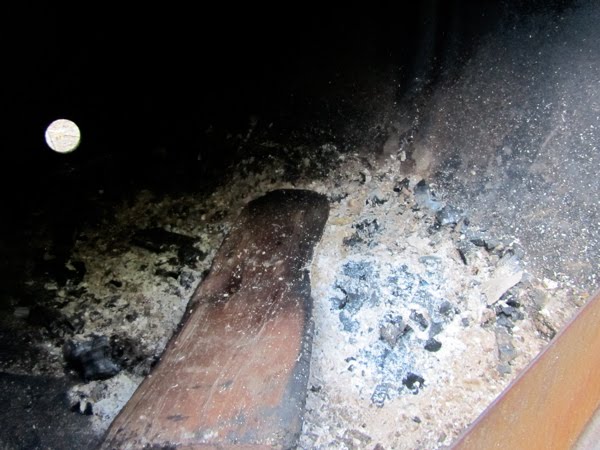 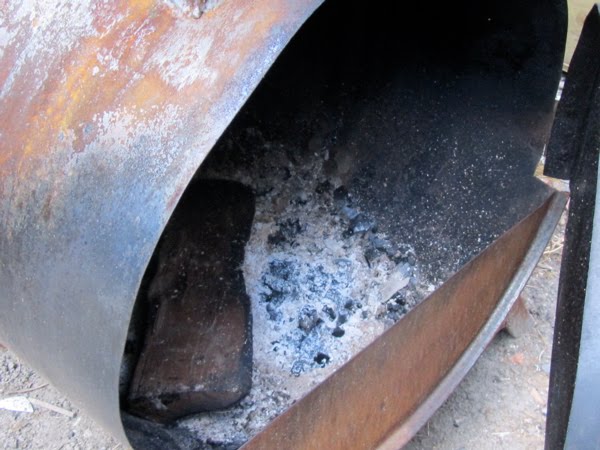 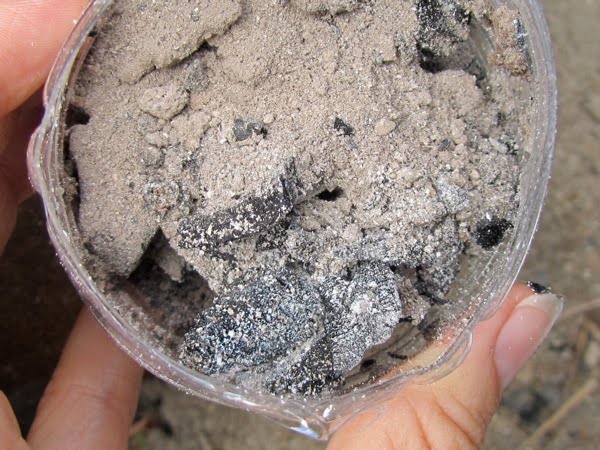 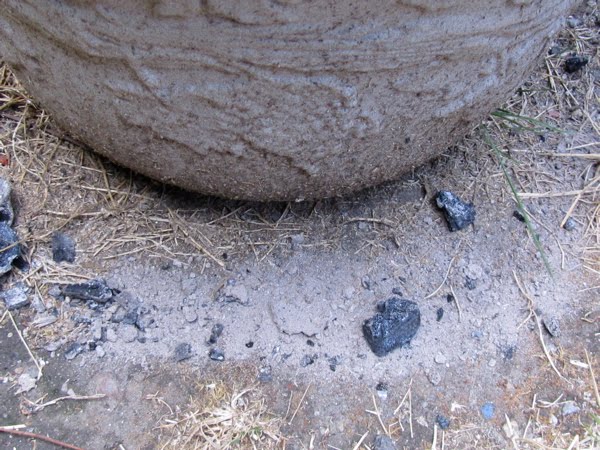 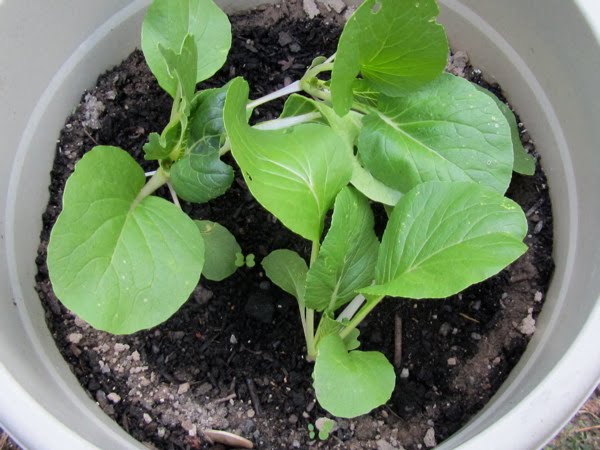 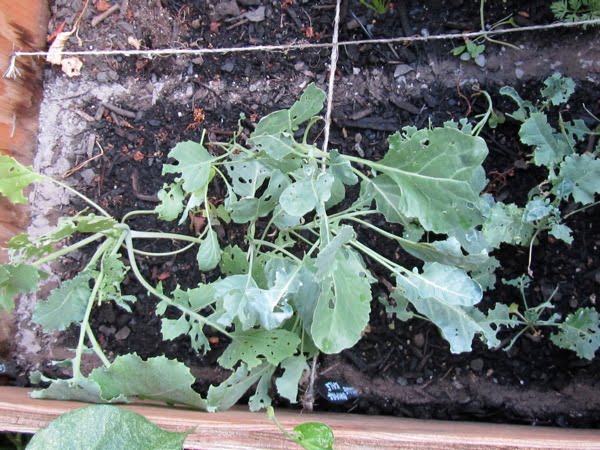 Gardening is a little like a Guy Richie film...
Just kidding. But seriously, you've got to fight to keep your plants. Rose and Erin were in Brooklyn this weekend and Rose told me to spread ash around the base of my plants to keep the slugs and snails out. Good thing we have a double barrel smoker in the yard! I also made a perimeter around the base of the containers.... double security system. As you can see from the bottom picture, the collards were destroyed (again) recently.
Posted by Liz at 12:18 AM No comments: Links to this post 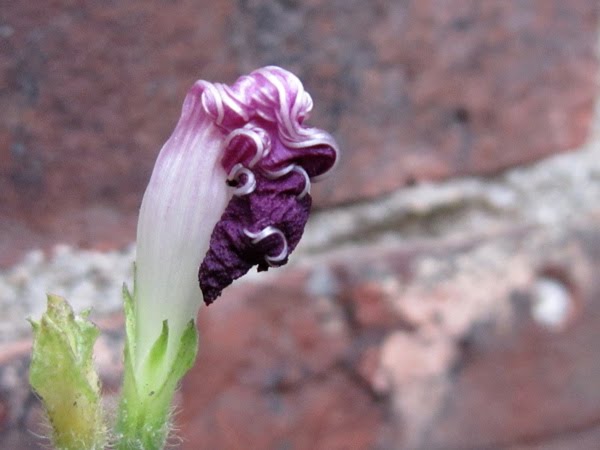 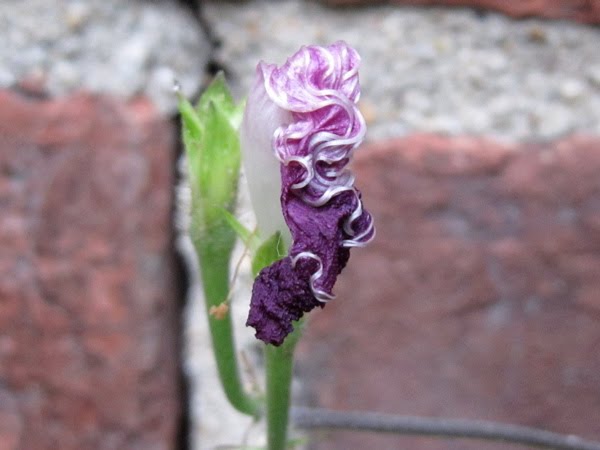 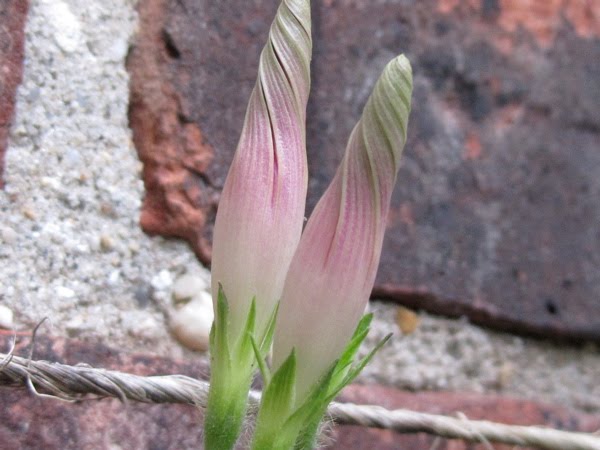 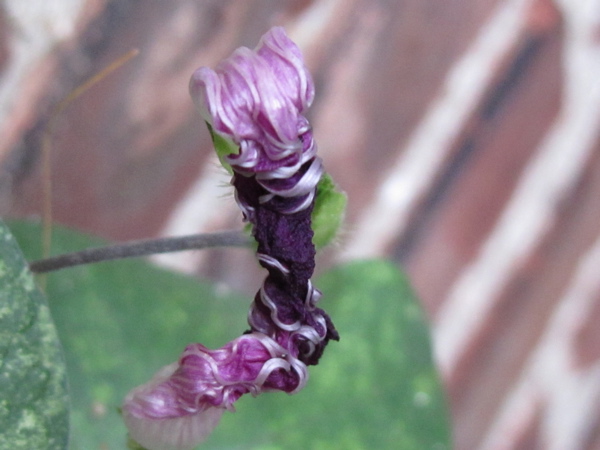 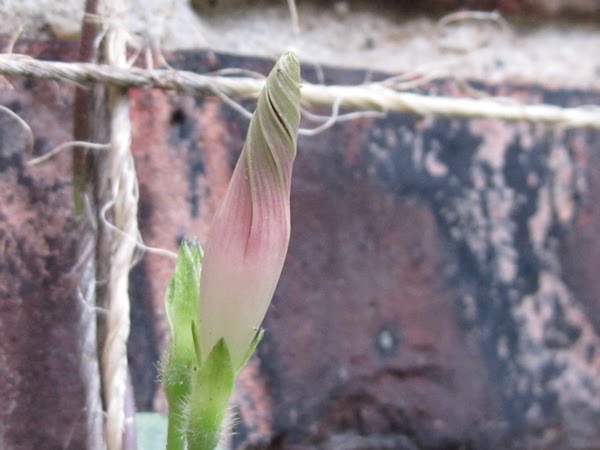 Playing around with my work camera over a week ago (before the heat wave demise) and figuring out the macro setting. The morning glories look like they could be part of the Candyland game I used to play as a kid.
Posted by Liz at 10:59 AM No comments: Links to this post 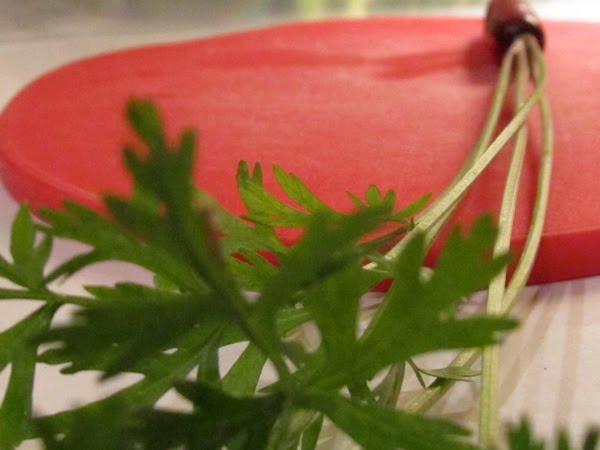 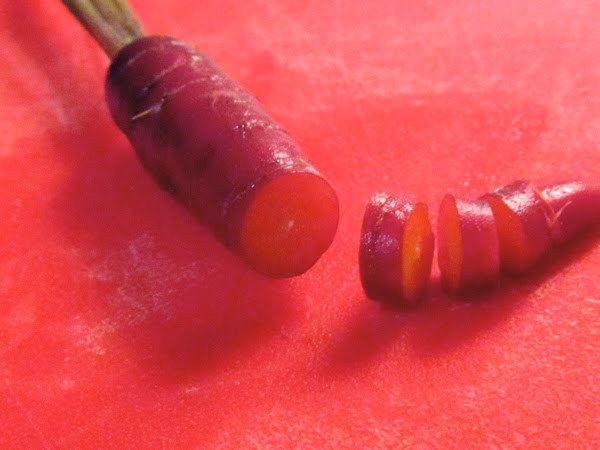 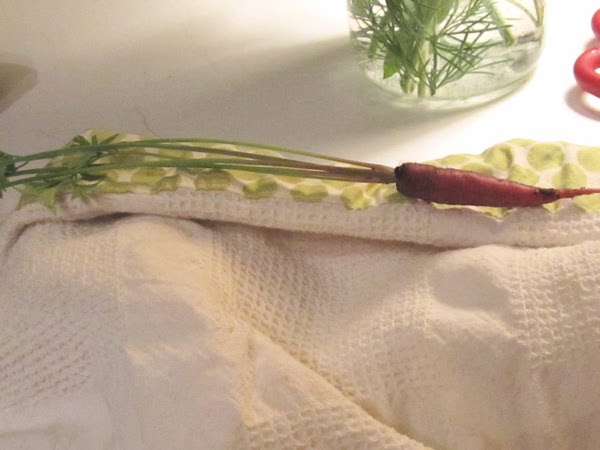 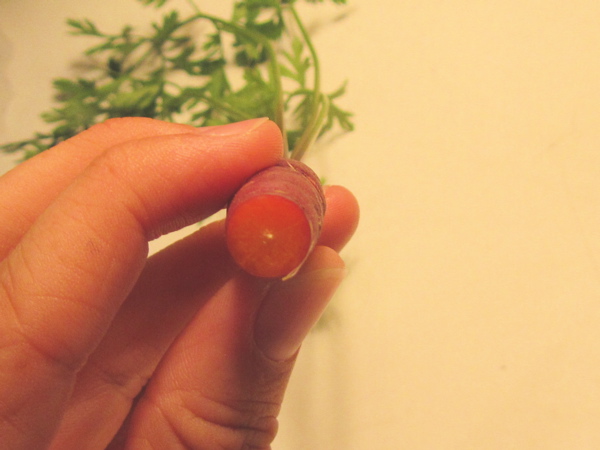 This Cosmic Purple carrot is super yummy and fun. I picked this little guy because I don't know how to space out my seeds and the carrots are crowding each other out. I'm loving the purple and orange color combo. Totally cosmicly groovy man....
Posted by Liz at 6:59 AM No comments: Links to this post 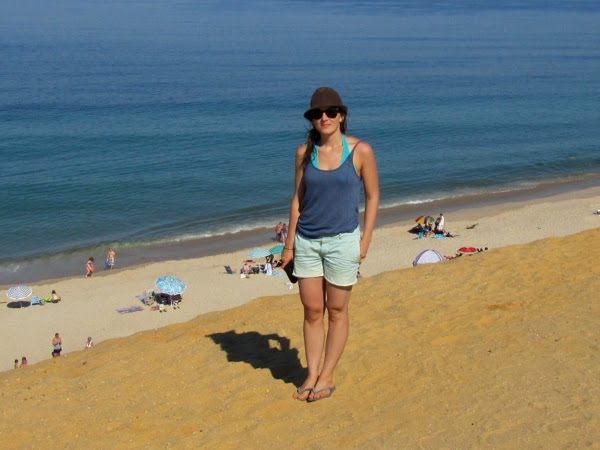 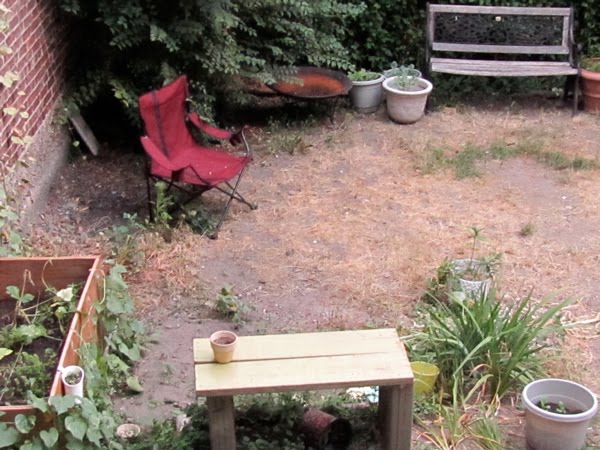 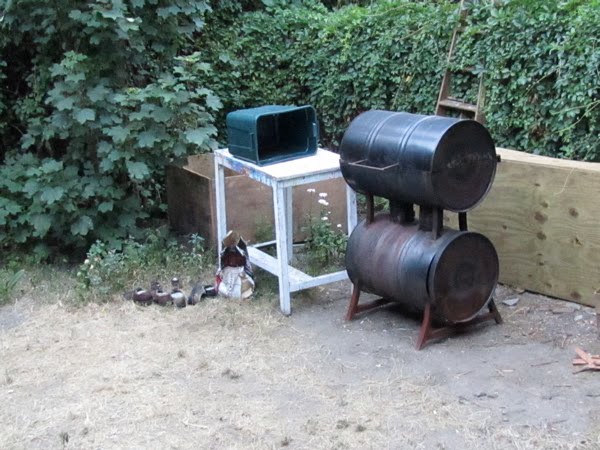 This past weekend was Independence Day weekend. Ethan, Mica and I spent a wonderful weekend on Cape Cod with my cousin Alycia, her wonderful husband Timmy and their two dogs Dixie and Willie. The perfect weekend!! (See photo above)
I went from beach to Brooklyn. Once home, I was surprised to find my lush green garden reduced to a lonely fairground. The neighbors had a fun cookout/party over the weekend and it took it's toll on our yard. Not to mention it was over 100 degrees in New York over the holiday weekend, so the yard suffered.
Posted by Liz at 9:33 PM No comments: Links to this post